16 Boneheaded Things You Should NOT Do 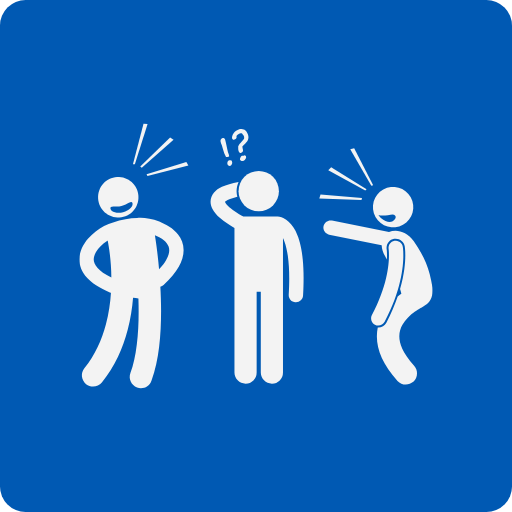 There is no such thing as flight line. Don’t search for it. It doesn't exist. Nor do board stretchers.

You're new. You have a lot to learn. Listen. Observe. Learn.

Whoa, whoa - what’s a shroud, you say?” A shroud is a piece of yellow nomex that attaches to the back of the helmet and can be quickly unfurled to provide protection for the neck and face. It’s a useful piece of gear that can stop embers from falling down your shirt (an awful feeling), and shields your face and neck from radiant heat. This should be surprising to no one, but there’s a culture of machismo that…’shrouds’ this career (I’m sorry, I couldn’t help it). Here’s my advice - if no one else is wearing their shroud down, think twice about it. But don’t be dumb - it’s a piece of safety gear. If you need to use it, don’t let the fear of a little teasing stop you.

4.) Wear your headlamp when the sun is out

If you’re not using it, stow it in your line gear. Also, pro tip. When talking to someone at night, and you’re wearing a headlamp, have the courtesy to either turn it off, or direct it downwards. Otherwise, it looks and feels like you’re interrogating the person. 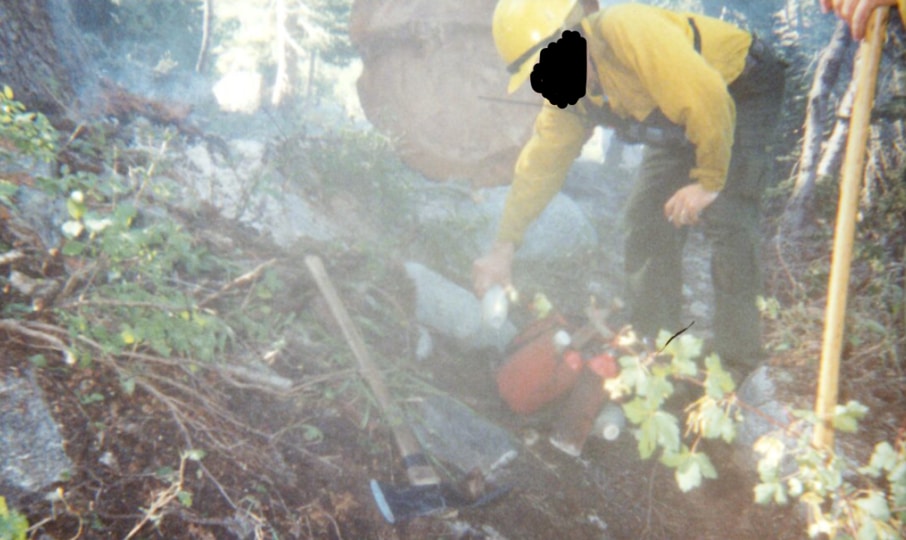 Seriously. Watch where you sit. Always. Especially on mop-up shifts, you’ll be eating lunch and taking breaks in the black. You’ll be resting on blackened logs, or sitting down right in the ash. But before you do any of that, always check to make sure you’re not sitting on something that is still smoldering. On a fire somewhere in northern California (the Klamath National Forest I think), we sat down to take a break for lunch, and my saw partner unknowingly put his pack down on a hotspot. A few minutes later, we smelled burning plastic, and everyone began frantically checking their gear. When my saw partner hopped up, he discovered that the plastic wrapping protecting his fire shelter had melted, compromising the integrity of his fire shelter. While everyone had a good laugh at his expense, it was a very serious mistake. It was also a costly mistake, His pack was burned enough that it required replacing at fire camp, and his fire shelter was destroyed. The lesson - no matter how tired you are, take ten seconds, and scout the area where you’re about to sit. Make it a habit!

One of the biggest mistakes I saw rookie firefighters fall victim to was blowing through their money as quickly as it came in. Personally, the first time I received a check that included 14 straight days of 16hr days, and hazard pay, it was the most amount of money I had ever earned. I felt instantly rich. Thank God I lived in the middle of nowhere, and Amazon’s “Buy with One Click” feature didn’t exist yet.

It was common to see guys go into town on their off-days and spend every last nickel of their paycheck on a new exhaust system for their truck, pickup a new rifle, or high-powered scope, etc. I like toys as much as the next gent, but you need to sock some away for the off-season, and beyond. Some guys would literally pull away from the barracks on the last day with hardly a dollar to their name, while others left with $10-15k sitting in their bank accounts. It’s all about discipline.

There’s a clearly-defined pecking order. Always has, always will be. Keep your head down, take your licks, keep swinging your tool, and always volunteer for shit work like getting water at firecamp, cleaning windshields at gas stations, and otherwise being a helpful fellow.

8.) Drink too damn much on an assignment

Tempting. Especially if you haven’t seen a cold beer and a hot woman in two weeks. One quick way to lose respect of your crew is to drink too much, make a fool out of yourself, and show up unfit for duty the next day. It’s a close-knit community and reputations, once entrenched, are hard to shake. Don’t be “that guy”. Reputations are easy to earn and hard to shake.

Check out our Boot Buying guide for some help here.

10.) Show up with metal-framed sunglasses

Metal heats up. Fire is hot. You do the math.

11.) Forget to stash extra food in your line gear

A can of soup, some energy bars, nuts, and dried fruit. Anything. Making sure you have enough energy to work is your responsibility. No one else.

You should carry toilet paper in a plastic bag at all times in your cargo pocket. This habit is probably a good thing to practice beyond the fireline as well.

Your pack (and your fire shelter) will remain within an arm’s length at all times. You’re not a smokejumper. You will be called out on this and you’ll feel like an idiot. This is how it will most likely go:“Hey look at the rookie, walking around without his pack. He survived his first fire and now he thinks he’s a smokejumper! Get your pack back on rookie.”

Or just not having the right stuff to get you through a shift. Chafe easily? Carry Goldbond. Prone to blisters on your feet? Carry some mole skin. Don't be the guy or gal always asking others for stuff. Think like a Boy Scout. Be prepared.

We've provided tips on what to pack in your red bag. Review it.

Ever. In everything. Whether it's lining up for chow or hiking a hill. Don't make the crew wait for you. Don't slow the crew down. Don't that guy that holds the crew back from achieving its potential. Be ten minutes early, minimum, to everything. Be the first guy who wakes up. When you’re spiked out, be the first guy who wakes up and gets the fire going. Don’t be the guy that everyone is waiting on.