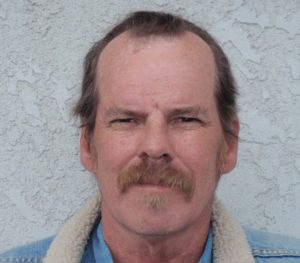 What led you to pursue a career in fire?

I moved to Redding from southern California and the job market here was a shock compared to the availability of jobs in the area I left. I had been steadily employed in the construction industry prior to relocating but those positions weren’t available in my new setting. I answered an ad for wildland firefighters to put food on the table. At first I didn’t care for it at all but by the end of my first season I was fascinated with the job, enjoyed the positive camaraderie, and decided this is where I wanted to spend my professional life.

What was your first fire job?

I worked for the Forest Service on a Shasta-Trinity National Forest hand crew, eventually becoming a crew boss and then organized, managed, and supervised the Forest’s Organized Crews 28 and 29 for a dozen years. During that time I also became qualified as an Engine Boss, Task Force Leader, and Strike Team Leader.

What’s your favorite memory from your time in fire?

While working nights in Yosemite another firefighter and I found an intact dead owl on the roadside. We gave it to one of the Park biologists, thinking it could be preserved and used as an educational tool. The following night I’m working with the same firefighter, and there’s an owl following us tree to tree. We sat down to take our meal break and the owl dive-bombed us so we moved to another area. Not more than five seconds later a huge tree comes crashing down where we had previously been sitting. Never saw the owl again, but it saved our lives.

What advice would you give job seekers who are interested in working with Mountaineers?

Research the world and job of wildland firefighting; learn what will be expected of you and about the conditions you’ll be working and living in while on assignment. Discuss the demands of the job with family members who will be affected by your decision before committing yourself. Once you decide to become a firefighter, understand that there’s always lag time between the time we do our hiring for the season and that first dispatch. Use that time to demonstrate that you’re reliable, responsible, and responsive by being available for project work, attending any meetings we may have, and preparing your gear and supplies.

If you could go back in time and give yourself some career advice, what would you say?

Different agencies and different companies have various internal politics and ways of doing business. Learn as much as you can about each of them before deciding what your best fit may be.

What is the biggest mistake you see rookie firefighters make?

Physical, mental, and emotional unpreparedness for the demands and rigors of the job can be an enormous stumbling block for both rookies and their families.

What do you do to physically prepare for fire season?

Maintain physical health and fitness throughout the year. If you slack during the off-season and only consider regaining your health and fitness when the pack test is looming you’re way behind and putting yourself at risk for injury and illness. Also, break in new boots well before that first dispatch.

Why did you decide to start Mountaineers Fire Crew, Inc?

I wanted to be able to teach more and build strong crews and crew members who would be valuable assets in wildland fire suppression. I also saw an opportunity for providing employment in a geographical area that very much needed it.

What are some of the benefits of working for a privately held company, like Mountaineers, instead of a state or federal agency like CAL FIRE or the Forest Service?

There are fewer politics at play in a private company. Generally, it’s the owner’s way or the highway and therefore you’re only serving one boss. A private company is also a good way of gaining experience that will act as a stepping stone into the agencies if that’s the path the firefighter desires.

After all these seasons, what keeps you coming back?

Much of it is the places I’ve been and the people I’ve met. I’ve been to incredible places very few people get to experience and, but for fire, I wouldn’t have been in any of them either. The people I’ve met, whether incident personnel, civilians, or my own crew members, are widely varied and always interesting. And I learn something on every fire. I think if you don’t, you’re not paying attention and it’s time to hang up your web gear.

Finally, any thoughts about what the future holds for wildland firefighters? Will we be replaced by robots or drones? Will certain skills or jobs become more in demand?

I think the use of robots and drones will increase in instances in which it’s safer and/or more efficient to use them. But I don’t believe human boots on the fireline will be eradicated any time soon. Even with the advances in artificial intelligence it’s difficult for me to fathom that wildland firefighting and management could be completely left to non-human intervention. As an example, previously undiscovered culturally significant sites and artifacts have been stumbled upon during wildfire suppression. I don’t think we’re close to building that kind of recognition and sensitivity into machines.

I think predictive services will be a growth area as our technology allows us to more precisely anticipate weather/climate changes and fire behavior. Technological advances in mapping techniques also is creating a demand for those specialized skill sets.